I intended to post regularly this season…but new job, new marriage, and riding itself…you know. Excuses, excuses. In any case, it was an exciting and exhilarating hunt season! The highlights since last time:

My husband and I were The Fox and the Hound for Halloween, which, coincidentally, was the day of Opening Hunt.

Lefty gave me a lump of coal for Christmas. His owner gave me a nameplate saying “Left Her Smilin’ ” (Lefty’s real name) which I put on my hunt belt.

We had several weeks of shying and skittering away from ground poles, so we learned about Natural Horsemanship groundwork. Lefty is no dummy…he caught on pretty quick once he realized I meant business and had the tools to put a stop to his shenanigans.

I drove a trailer by myself, hunted a green horse, didn’t die, and then managed to make it home in time for my boss’s twins’ bar/bat mitzvah.

Lefty put me on the ground in front of my mom. Honestly, just a tumble–but my mom had never seen me fall in the 8 years or so she drove me to weekly lessons. Damn horse!

Lefty got loose with his “sister” Gimlet post-hunt. We were able to catch him after about an hour, but she was lost for the whole afternoon into the evening. A terrifying day, but one where the whole horse community rallied together to find them.

I hunted “by myself” since Lefty’s owner broke her arm and couldn’t ride. Not only did we not die, we had one of the best hunts I have EVER experienced, blasting around in the mud after the snow melted by the Potomac River.

Lefty got loose AGAIN post-hunt after refusing to get on the trailer. Thankfully, the field was coming back after I headed in early and one of the masters caught him for me. Now I am never  EVER hunting without the nylon rope halter in the trailer!

In perhaps the most expensive week of my life, we bought Dehner boots from Horse Country and a monstrosity of a truck to tow a horse trailer (eventually. Very eventually.) 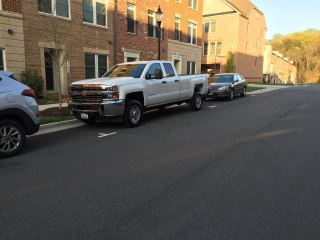 I am so excited to break in the boots at our Hunt Races where I will be a crowd control volunteer! Come visit the races if you are in the DC area and feed little Lefty some carrots. 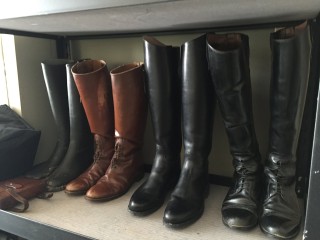 Until the Hunt Races, it’s dressage and trail riding…maybe practicing my braiding skills!

From huntseat to hunt field. Enjoying the ride on an opinionated Thoroughbred who loves to foxhunt as much as I do. View all posts by thefrugalfoxhunter